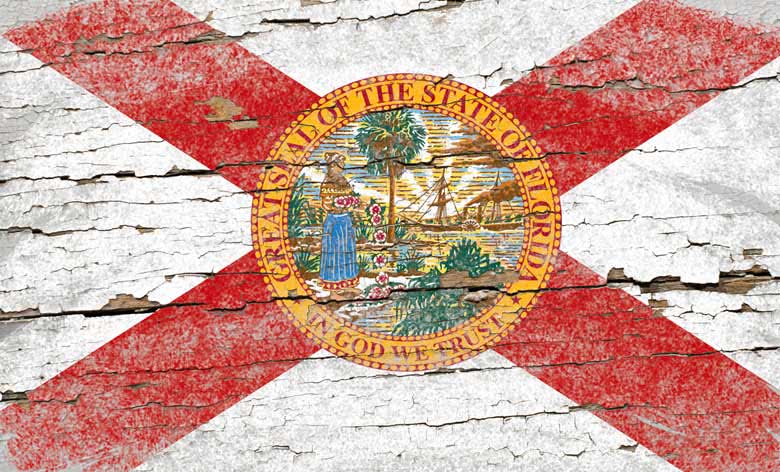 Advertised as a family destination, Florida wants to keep its reputation. How compatible are gambling and sports betting with the state’s ideals?

Florida is not known for its overly hospitable gambling climate. In fact, quite the opposite is true. You will certainly find enough evidence to suggest that sports betting and gambling are pariahs in the state – unless carried out by a handful of pre-determined operators.

What operations there are run under the thumb of the tribal operators that are quite happy with the status quo, managing to lap up every trickle of revenue in the form of an errant gamer.

With the tribes firmly against the liberalization of the market and Walt Disney Company investing millions to stop the gambling industry in its tracks, the climate is about to change a little in 2019 thanks to Senate President Bill Galvano.

A recently concluded vote also made any future beyond the Tribes’ control quite the tall order. As of November 2018, kickstarting the gambling industry and letting private investment from other brands and companies would require a state-wide referendum.

This complicates things because any supporter of the industry will now have to counterweight the millions that tribes and Walt Disney have been pouring to lobby against private casino businesses.

Is Senate President Bill Galvano the Man for the Job?

It’s in this particular context that Senate President Bill Galvano has skin in the game, planning to introduce a bill for the 2019 Legislative Session.

Leading up to the beginning of the Session, Mr. Galvano spoke to reporters on Friday, February 8, giving signs that he’s prepared to take on the long-drawn fight for introducing changes to the industry.

So far, Florida has seen a series of bills fall through by either being too ambitious or specifically stepping on the toes of Walt Disney and the tribes.

In honesty, Walt Disney hasn’t done anything wrong, trying to maintain their family-friendly look. Still, it’s worth noting that the company’s subsidiary, ESPN, has been running multiple shows covering betting contests and odds.

Meanwhile, the tribes have been crying foul over designated player poker games in Florida, which basically allowed certain businesses to circumnavigate a ban on poker games where casinos are the bank.

By designating a bank player each or every few turns, card rooms have been able to dodge this legal bullet. However, the tribes are not going to be quiet about it either with such establishments now facing lawsuits.

It’s Not What You Think

In a perfect world, Mr. Galvano would be leading the vanguard against restrictive businesses, but Florida is hardly one to yield to the gambling industry. With this in mind, Mr. Galvano’s efforts will focus on bolstering certain texts of the current legislation:

A bill […] would include more of a comprehensive impact on the pari-mutuels, from tax rates to hours of operation, things of that nature that we can still address…

Florida does run an extensive portfolio of betting and gaming options, including state’s dog and horse tracks, card games and slot machines. Mr. Galvano’s present term mission will be to “stabilize” the industry and clear up any ambiguation in the texts of existing texts with the sole purpose of streamlining the industry.

Another issue is the renewal of the Compact Deal. Originally introduced in 2010, the legislation allows the Seminole Tribe of Florida to carry out gambling business on the tribes’ own ancestral lands.

As such, Florida generates the whopping $3 billion every year through the activities of tribal operators. Mr. Galvano will be focusing his efforts on making sure that this partnership is extended yet another time.

The Seminole Tribes are expanding their operations by introducing new properties. Presently, the tribe is building the Seminole Hard Rock Hotel & Casino, a 450-foot hotel tower, making for yet another important property in the state. Mr. Galvano had the following to say about this particular investment:

They have made a tremendous investment, billions of dollars in their facilities, but yet they still lack craps and roulette games that are traditionally in casinos of that magnitude

Presently, there’s no agreement between the state and the Tribe, and the partnership continues based on an oral agreement. However, this is about to change as Mr. Galvano wants to once again formalize the relationship between the two parties:

I know they would like to see that. They have an interest, as I understand, in sports betting and they do want stability because they can operate and work with their financiers in a more stable environment, they can point to an agreement that is not in flux, so to speak.

It’s really unlikely to expect any legislator to seek a drastically different course of action. By now you must be able to figure out the reasons for that. There are many and varied and just as inter-connected:

Exclusivity is certainly the biggest factor here. Tribes have been quite happy to pay more than they are obliged to by law, making various contributions towards youth, tourism and entertainment programs.