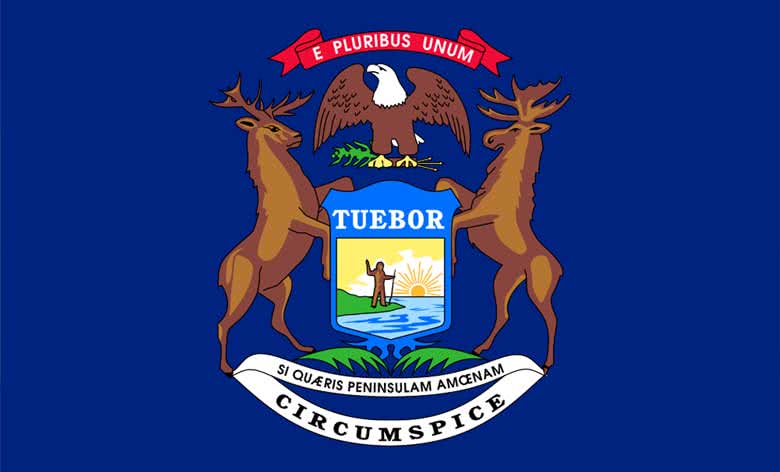 Michigan almost had its way last year when H 4926 made it through all levels of legislature, leaving a blazing track behind its back and signaling everyone that an opportunity to legalize online gambling was quite the possibility.

This would have applied for other vertical associated with iGaming, including online poker. The headlines were big – “Michigan’s Christmas Wish: Legalized Poker“, “Michigan is welcoming the New Year with legal online poker”, and more.

However, one man had something different in mind. Now former Michigan Governor Rick Snyder received the bill in early December and he took a while to consider the measure. In fairness, it cannot be said that he didn’t present arguments that, in time, proved to be based in fact.

Michigan Shoots Down H 4926 – But That’s Just the Beginning

So, in December Mr. Snyder said “No” to the Michigan gambling bill, citing fears that inter-state gaming may be endangered. He turned out to be right with the Department of Justice now looking to enforce a new interpretation of the Wire Opinion.

Mr. Snyder’s hesitance, though, hasn’t stopped Brandt Iden, the man behind H 4926 is back in action assisted by Senator Curtis Hertel. The two of them filed new bills based on the existing text of H 4926 in both the House and the Senate.

This comes at a time when the uncertainty around cross-state gaming is indeed growing. However, no individual state that was decided to explore the possibility of online gambling seems to have relinquished the thought.

Hence, Hertel and Iden are not hurrying to avoid a calamity, but rather eager to get a proper gauge of the moods and whether support for online poker is still on the table. As it turned out during the House Regulatory Reform Committee held on Tuesday, March 12, lawmakers are still entertaining the idea of allowing online poker to find its way in Michigan.

Michigan Online Poker Shall Be Legal Under Specific Conditions

Should online poker see the light of day in Michigan, there will be several conditions that will need to be met. As highlighted during the House Regulatory Reform Committee, the assigned Delegates were interested in the way the industry will be taxed, what the potential economic benefits for the state would be, and so forth.

The meeting was marked by a lot of discussion with Delegates having prepared adequate questions and industry leaders coming to attend and to help convince lawmakers to push ahead with the legal measures outlined in the House bill.

Judging by the success of the meeting, online poker will be coming to Michigan in 2019.

A number of Detroit casino brands stepped forth to offer advice how to say what they thought about the future of online gambling. Based on statements from MGM and Motor City representatives, Michigan has to move with the times and endorse new practices.

It wasn’t really a matter of making things legal so much as making sure that Michigan’s casinos are competitive with other states.

According to the same representatives who spoke during the live session, it would soon become very obvious that online casinos will dominate the market. To adapt, America’s existing gaming giants would need to consider expanding online and securing an even bigger share of the revenue.

Despite Sheldon Adelson’s remonstrance to the contrary, states and casino owners are now actively getting behind the idea of an online industry.

Within the State’s Borders

On the matter of customer protection, there have been various concerns. Lawmakers were interested in what the steps towards securing the fairness of the competitions were along with making sure that people who find themselves to gambling addiction are assisted.

Another highlight came from John Pappas from GeoComply, a developer of geolocalization software. Mr. Pappas spoke to Delegates for ten minutes during which he demonstrated the product that is used in New Jersey to guarantee that no infringement occurs and that online gambling remains regulated and kept in the state.

Offshore Gaming and the Wire Act

The meeting didn’t focus on two issues that are generally held to be important. This included both offshore gaming, which is increasingly spreading and allowing players to join populous casinos without the safeguards that regulated ones are obliged by law to have.

The Wire Act also didn’t come up, probably because the Wire Act can specifically target cross-state gaming while it’s going to have a limited if any effect on a state level.

The Ball Is Back to Gretchen Whitmer

Should everything go according to plan, the bill will be passed in fairly the same time-window it has been passed before, meaning in two months. This means that the new Governor, Gretchen Whitmer, may have it on its desk by June.

June, however, will also be the time when the DOJ’s Wire Act will be enforced. To be successful, Mr. Iden and Mr. Hertel will certainly have to anticipate some of these developments.