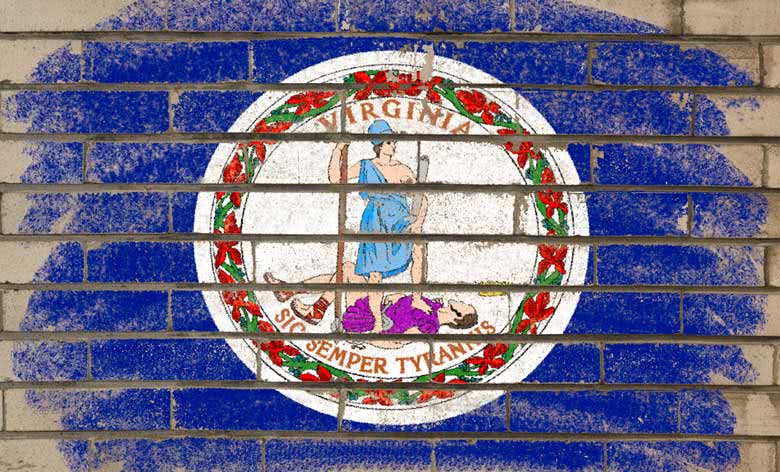 Virginia is the latest state to accept online gambling and extend the same courtesy to online poker. Here’s everything you need to know about what has been happening in Virginia.

So far in 2019, we have seen an influx of online gambling bills pushed through the different branches of state legislation.

From Democrats to Republicans, lawmakers have had a varying degree of appreciation for online gambling, with some choosing a more liberal approach while others have shot down the issue dead on the spot.

There have been quite a few states to broach the idea of legalized online poker, among which:

And of course, many others. Most have seen their efforts not come to much in the way of results. In places like Virginia, the progress of online poker has found a quick solution.

Last week, both the House of Representatives and the Senate voted in favor of SB 1126, a proposed legislation that would legalize online poker. The House and Senate cleared the votes with over 60% of Delegates and Senators vowing their support for the future of online gambling.

The week finished with the bill still lacking the signature of Democrats Gov. Ralph Northam. Mr. Northam had until March 27 to sign the bill and set in motion the complicated wheels of legislation.

Thankfully, he didn’t take long to make up his mind and on March 26, reports started swirling that he had approved SB 1126. This turned out to be true later the same day.

So, the question now remains – what’s next for online poker?

SB 1126 is one of the most comprehensive bills when it comes to outlining the specific conditions under which a casino can start operating a physical venue. And to have online gambling, Virginia will first have to sort out its land-based venues.

The bill outlines some very specific conditions for a casino operating. A host city will have to check several boxes at once:

As an additional criteria, cities will have to organize referendums and vote on whether casinos should be allowed in the areas that belong to the cities, whether this is close to a main road or nearer to the outskirts.

The referendum will have a participation rate requirement which means that businesses looking to enter a particular city will have to make sure that the issue is either well-received or it excites sufficient interest.

Ultimately, Virginia hopes to achieve several things by introducing such strict and specific regulations – divvy up the territory of the state in such a way that it makes economic sense for both casinos and the cities that will be hosting them.

Did the Bill Really Legalize Online Gambling in Virginia?

SB 1126 is championed as a piece of legislation which purpose is to introduce online gambling in the state. Keeping this in mind, the bill also defines what constitutes online gambling:

However, there is little actual mentions of online poker and online gambling apart from the definition. Some worrywarts have suggested that the bill is still too vaguely defined to be used as the basis of a framework for online poker.

This, naturally, is going to change.

More Work to Be Done

Realizing that there is still much work to be done, the state will task a Joint Legislative Audit and Review Commission (JLARC) to issue a report that assesses similar laws in other states. The report will have to be produced in a 9-month window and be delivered on December 1, 2019 at the latest.

Once this has been done, the new regulator, as of now appointed as the Lottery Board, will have to examine the report and work out a way to introduce a framework for the full-scale launch of the industry.

This is how the state has imagined it so far and this is a good plan. Understandably, there is a lot of legwork to still be sorted out. There are also a handful of uncertainties having to do with the simple fact that the Department of Justice is actively trying to snuff out online gambling in the country.

On Monday, March 25, the DOJ stated that it would try and dismiss a formal compliant against the DOJ’s Wire Act Opinion of January, 2019 lodged by the State of New Hampshire.

In places such as Pennsylvania, the Pennsylvania Gaming Control Board (PGCB) has already requested from casinos to prepare reports that will asses the potential impact that enforcing the latest Wire Act Opinion would have.

Michigan, another state that has long been dithering whether to legalize online gambling, successfully pushed through a bill through a Senate Committee, hasn’t been worried about the Wire Act.

Virginia doesn’t seem to bother with the issue too much. The state has 8 million people which means that it’s a perfect islet in which online gambling can take place, even if no inter-state compact can be agreed on.

At the same time, for online poker to truly take off in Virginia, we will have to see some sort of cross-border playing, otherwise the industry may not really start off too well.