Lawmakers in West Virginia are preparing to push out a new piece o legislation that will open the way up for different gambling activities in the state.

The West Virginia Lottery Interactive Wagering Act is not an over-ambitious plan, but rather the well-measured framework that would allow West Virginia to finally launch itself into expanding its gambling operations by adding iGaming products.

Known as House Bill 2934, the legislation seeks to allow WV’s racetrack casinos to expand on their range of services. The properties in question include:

HB 2934 would enable the West Virginia Lottery Commission to carry out oversight over the approved operators. The Commission will be in charge of approving and issuing licenses with properties launching themselves into segments such as slots and table games.

A Quick Look Through the Specifics

The bill will seek to introduce a license fee worth $250,000, not the steepest across the United States, but certainly a fair sum of money. Licenses will expire every 5 years with the renewal fee presently listed at $100,000.

If anything, tax rates will be rather lax, with operators having to pay only 10% of their gross interactive wagering receipts. Tax will have to be paid weekly to the Commission, though. Though the Bill is designed specifically to help the state’s existing properties to expand the range of their services, this doesn’t preclude the addition of other brands.

What businesses are benefited by the new bill?

As per the new Bill, the state remains wide-open to brands that want to enter just now, whether they plan on opening their own operations or teaming up with an existing venue to offer forms of online gambling.

Companies that want to work with separate companies would be able to obtain a license for a year at $100,000 and the annual renewal fee would cost them extra $100,000. However, expenses for online operators will certainly be lower in the long run as they wouldn’t need to maintain land-based facilities.

The bill is comprehensive in another manner as well, allowing suppliers to lease their gaming systems, de facto opening markets for all types of companies, from gaming businesses to developers. A one-year license for leasing equipment would only cost $10,000 which could be a potentially strong market for these businesses.

Today, West Virginia is increasingly looking towards the possibility of legalizing its online gaming business. A string of bills is now on the table. All that is needed is for one of these proposed legislations to clear the necessary hurdle and garner the support of lawmakers and the public.

Given the current betting climate, this shouldn’t be too difficult. 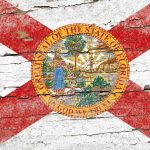