West Virginia legalized sports betting in 2018, following the repeal of the federal ban PASPA. It was a quick success for the state, and now it’s looking into legalizing online gaming and poker as well based on House Bill 2178.

At the beginning of the year, Republican Shawn Fluharty has deposited an important bill with the state’s legislators. Known as House Bill 2178, the document examines the state of the online gaming and poker industries, outlining a future in which these two verticals are fully-legalized.

The Bill begins by outlining the benefits West Virginia has already obtained through the legalization of individual gambling segments:

Legalization of video lottery and table games in West Virginia has delivered substantial benefits to the state, including the creation of thousands of significant contributions to racing and agricultural industries.

Then, the document moves on to cite “technological developments” which have made it possible from a legal standpoint to give the go-ahead to regulating the market for both segments to take off in full.

The Bill immediately looks into who is authorized to provide residents with gaming services, highlighting the legal order of things while still citing reasons why online poker and gaming must be allowed:

These gaming operations provide licensed entities the appropriate level of experience to introduce a platform for interactive gaming that protects the player and the integrity of the lottery games.

According to House Bill 2178, the state already has a number of venues that have been developed specifically for the purpose of gambling. So far, there are five venues where sports betting and lotteries are taking place. All of these venues will be allowed to participate in the application process. However, bodies that hadn’t hold a license before January 1, 1994 wouldn’t be.

License fees are rather modest compared to licensing deals elsewhere. To obtain a permission form the WV Lottery Commission, the regulatory body that will be tasked with overseeing the segment, operators will need to pay $50,000.

In terms of taxation, the state is offering an accommodating tax rate, allowing casinos and card rooms to break into it instead of feeling rushed up. The Bill outlines a tax rate of 14% of the gross gaming revenue. The WV Lottery Commission will collect the tax on a weekly basis, for a week before, as specified in the bill.

The Bill describes the legal obligations of vetting authorities, listing them as such:

There are other provisions in the text that address serious issues such as compulsive gaming and ensure that player funds are held in accounts that are segregated from the operator’s main account, which could be subject to bankruptcy. By segregating the funds, any operator guarantees that it can pay out to users what’s owed.

Does This Mean West Virginia Is Getting Online Poker?

A cursory glance through any forum discussing legislation in which players are the majority would tell you that legislation is for any online segment. A Bill is just a draft that outlines a possible future for any law.

It needs to be cleared by by the lawmakers and then voted through the Senate. Even then, Assemblymen and the Governor can block the bill. This happened in Michigan at the end of 2018 when an ambitious bipartisan coalition pushed through with a bill to legalize online poker, but governor Rick Snyder refused to put his signature on the bill.

Asked why, Mr. Snyder explained that the time window didn’t allow him to properly sit down and investigate the legislation before signing it into a law.

Mr. Snyder’s decision was met with surprise, especially after every single legislative body in the state had landed its support for the bill.

However, speaking to the Detroit News, former Michigan Senator Mike Kowall explained that despite this temporary setback, there was nothing dispiriting in the situation and that the large coalition would be able to find its way back and push through a successful online poker bill in 2019.

States Looking at Legalizing the Industry

So far, multiple states have expressed interest in legalizing their online poker industries, but very few have succeeded. On the list of states that are pushing ahead or debating the possibility are:

New York has had quite the success so far with creating and finding sponsors for their bills. It’s been mostly the reluctance of Assemblyman to see such a document through which has dimmed the prospects of the state a bit.

However, in 2019, Senator-backed bills are likely to continue looking for the extra-legal push they have lacked so far. Meanwhile, Kentucky has struggled with its own ailing pension system, with certain lawmakers, including the state’s Attorney General Andy Beshear looking into the idea of legalizing online poker.

This is in fact ironic, as it was Mr. Beshear’s father, Steve Beshear who banned and ousted poker card rooms in the past, creating a legacy of opposition against the industry.

Presently, online poker is accepted and operating in New Jersey, Nevada, and Delaware, which all have shared liquidity. Meanwhile, Pennsylvania is pending launch, which will come soon enough.

House Bill 2178 outlines in great detail what regulated gaming and online poker could look like in West Virginia. Shawn Fluharty’s legal outlook is quite comprehensive and it covers ever potentially contentious point that can be raised against the industry.

Despite the bill’s rather compact format, Mr. Fluharty has created a reliable guideline for the future of legalized poker in the Mountain State. All that is needed is sponsors. 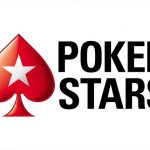